Accessories
Additional ornamentation to accompany the garment in order to create a certain look/image.(shoes, jewelries etc.)

Acrylic (fibre) (generic name)
A term used to describe fibres composed of synthetic linear macromolecules having in the chain at least 85% (by mass) of recurring cyanoethene (acrylonitrile) groups.

Anidex (fibre)
A term used to describe fibres made from a synthetic linear polymer that consists of at least 50% by mass of one or more esters of a monohydric alcohol and propenoic acid (acrylic acid).

Anti bacterial
Finish that makes a fabric resistant to the growth of bacteria.

Anti pill
A finish applied to fleece which involves shearing the surface so that the fabric is less likely to pill.

Atlas
A warp knit fabric in which a set of yarns shifts diagonally one wale per course for several courses , then returns to the original position.

Azlon (fibre) (usa)
A term used to describe manufactured fibres in which the fibre-forming substance is composed of any regenerated naturally occurring protein. The iso generic name is protein. 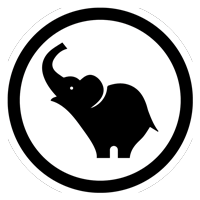